FEMICOM is home to the most complete and accurate information about the Casio Loopy, a 32-bit Japanese game console marketed to girls. Learn more about Loopy games, hardware, and accessories below. 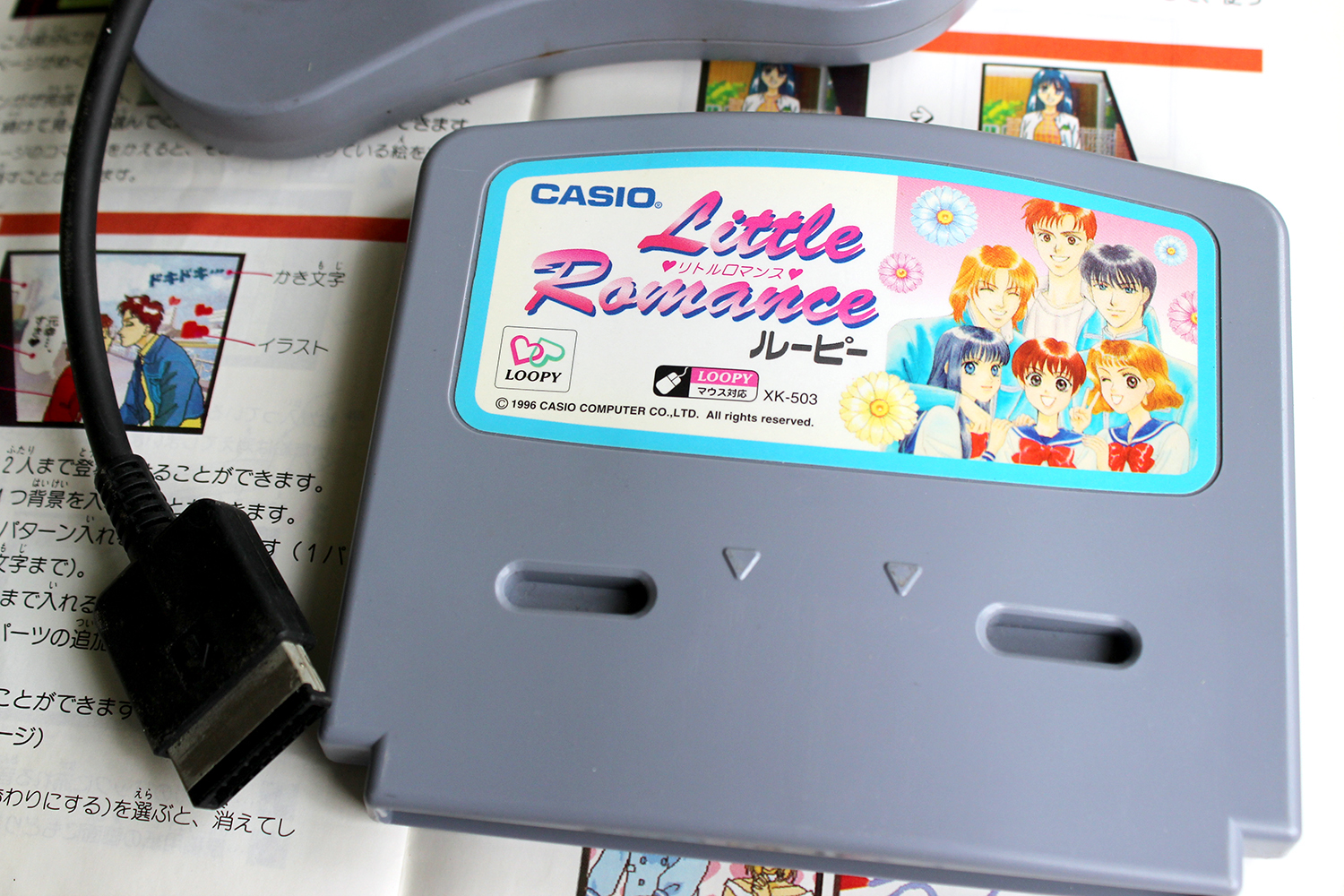 How many games were released for the Casio Loopy? There were 10 software titles released for the Loopy, plus Magical Shop, which is a hardware peripheral that also has built-in software, bringing the total to 11.

Did Casio develop all of the software titles in house? No, many of the titles were developed by third-party developers such as Alfa System (Wanwan Aijou Monogatari, Dream Change: Kokinchan no Fashion Party) and Armat (Magical Shop, Chakurakun no Omajinai Paradise).

Why is Dream Change: Kokinchan no Fashion Party sometimes referred to by different names on different websites? Prior to 2012, almost all English-language Loopy websites listed the subtitle of the game Dream Change as "Kogane-chan no Fashion Party." However, the Japanese word 小金 can be read as "Kogane" or "Kokin." The phonetic reading that appears on the game's box and cartridge label indicates that 小金 should be pronounced "Kokin" rather than "Kogane." FEMICOM has since worked to correct this on Wikipedia and other game databases, but some older references to "Kogane" may remain.

What Loopy game is the rarest? Chakurakun no Omajinai Paradise is the last game sold for the Loopy. Due to its limited time on shelves, it is the rarest game. Nigaoe Artist and Loopy Town no Oheya ga Hoshii! are slightly rare.

How rare are pink and purple versions of the Casio Loopy console? There are no color variants of the Casio Loopy. The plastic body of all Casio Loopy consoles is a cool, slightly-purplish gray color. Like the Super Nintendo, the Loopy and its cartridges were made with a plastic that tended to yellow with age, causing the color to go from a cool gray to a neutral or warmer shade. Some of the images that can be found online depict a bright purple Loopy is purple rather than gray. These images have been digitally manipulated, often by Casio, to look purple in marketing materials.

Some resources, such as the Ultimate Console Database, reports that there is a hot pink version of the console, but this is not correct. All Loopy consoles, both those released at launch and those released later on with included games, were made in a single production run; creating an alternate body color would have been prohibitively expensive for the manufacturer. There are hot pink versions of other video-game consoles, however. Notable among these are the pink Game Boy Color, the Epoch Super Cassette Vision Ladies Set, and the Sega Master System Girl.